Vodafone Idea has launched a Rs. 29 prepaid recharge plan that brings Rs. 20 talktime for making voice calls and SMS messages and 100MB high-speed data allocation for 14 days. The new plan is available as an “AllRounder” option for Vodafone customers, while Idea subscribers have received the new plan as a “Ratecutter” pack.

As per an official listing on the Vodafone site, the Rs. 29 prepaid recharge plan includes Rs. 20 value that is valid only for voice calls and SMS messages, along with a call rate of Rs. 2.5 paise per second for all local and national calls. There is also 100MB high-speed data bundles with this plan. The plan comes with a validity of 14 days. 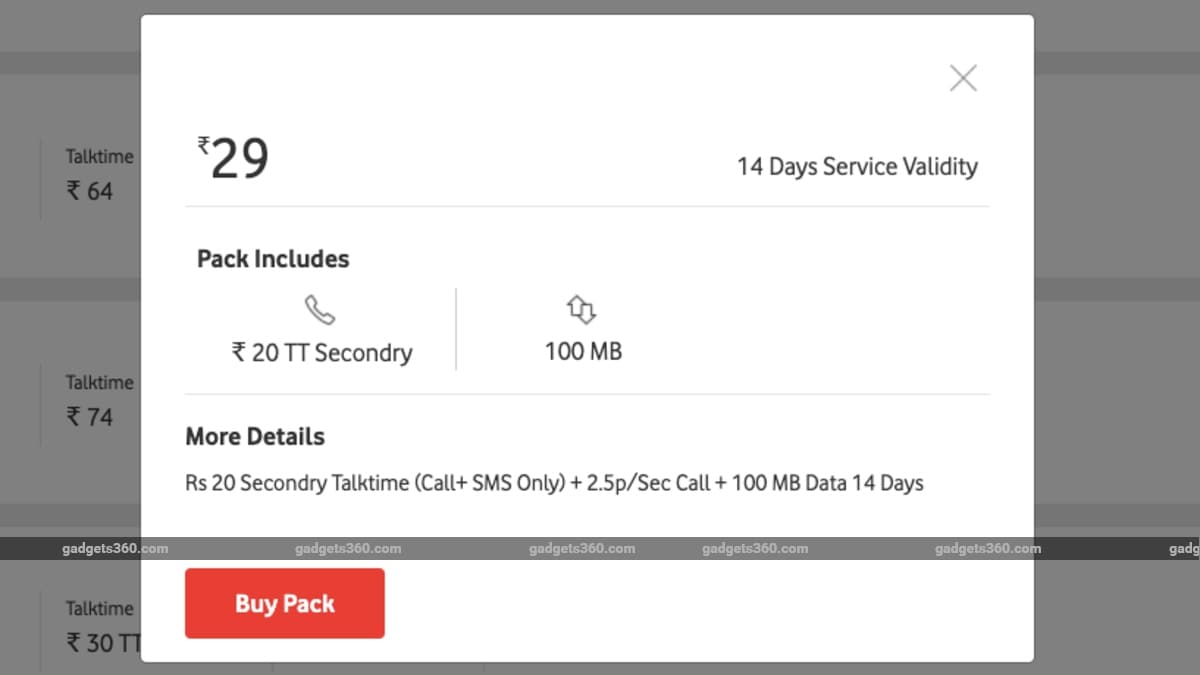 Vodafone site has listed the Rs. 29 prepaid recharge plan with a validity of 14 days and all its key benefits

In addition to its availability for Vodafone users, the Rs. 29 prepaid recharge plan has also been listed for Idea customers with an identical list of benefits. This is similar to all the existing plans that are available for both Vodafone and Idea customers.

Limited to Delhi circle initially
The Rs. 29 prepaid recharge plan by Vodafone Idea is currently limited to the Delhi circle. This means that you won’t be able to get its benefits in other circles at the moment. Nevertheless, Vodafone Idea is likely to expand the presence of the new plan in the coming days.

As noted by telecom-focussed site OnlyTech, Vodafone earlier had the Rs. 29 prepaid plan to offer national, local, and roaming calls at Rs. 30 paise per minute along with a validity of seven days. That plan was, however, removed before the tariff hike that took place in December.

Which is the bestselling Vivo smartphone in India? Why has Vivo not been making premium phones? We interviewed Vivo’s director of brand strategy Nipun Marya to find out, and to talk about the company’s strategy in India going forward. We discussed this on Orbital, our weekly technology podcast, which you can subscribe to via Apple Podcasts or RSS, download the episode, or just hit the play button below.